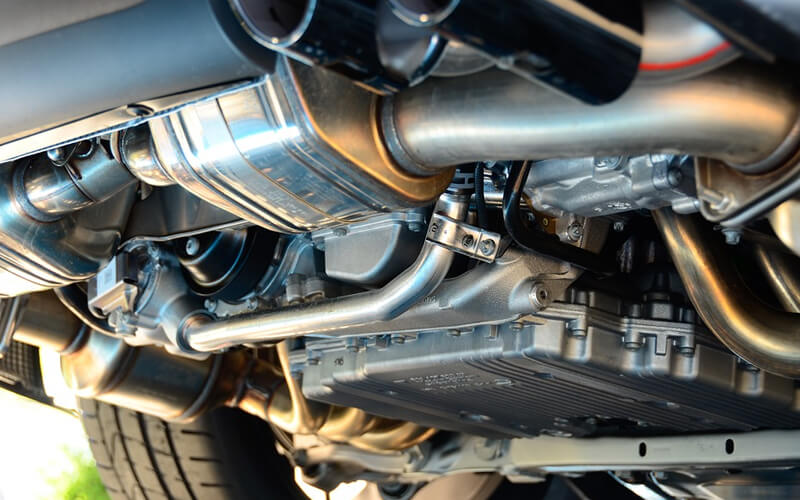 In some ways, a car’s exhaust system works like a chimney on your house, directing the byproducts from burning fuel away from the people inside. A car’s exhaust system routes waste gases from the engine to the rear of the car, where they are discharged into the atmosphere. Exhaust gases contain dangerous substances such as carbon monoxide, which can be hazardous if allowed to flow into the passenger housing of the car.

The exhaust system also converts pollutants into less harmful byproducts, reduces the noise of the engine, and directs exhaust gases so they can be used to heat air and fuel before they go into the engine’s cylinders to be burned. Finally, the exhaust system provides just the right amount of backpressure into the engine to improve its fuel-burning efficiency and increase performance. Key components of your exhaust system include:

Designed specifically for each car model to properly route exhaust to the back of the car.

Acts like a funnel, collecting exhaust gases from all cylinders and releasing it through a single opening. Some engines have two.

Designed to reduce the amount of harmful emissions products by transforming pollutants into water vapor and less harmful gases.

Works with the muffler to reduce noise.

Found at the back of the car, the tail pipe is designed to carry exhaust gases away from the vehicle
All components of the exhaust system are connected with a series of clamps, hangers, flanges, and gaskets 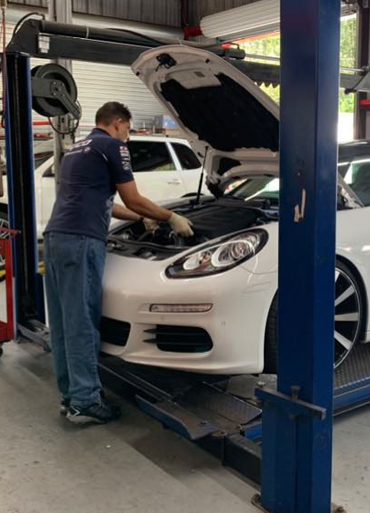